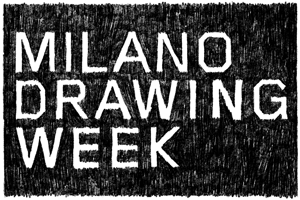 Beginning with the early 20th century, the Ramo Collection follows the traces on paper of the major representatives of Italian art movements and great talents outside the chorus. The intent is to document with works on paper, not only drawings, then, but works on paper (watercolors, collages, gouaches, pastels) the richness of this artistic practice from the last century to the contemporary.

The Ramo Collection made its first public appearance in November 2018 at the Museo del Novecento in Milan with the exhibition "Who's Afraid of Drawing?" which, in April 2019, traveled ﬁxed to the Estorick Collection in London under the title "Who's Afraid of Drawing?" A small exhibition titled "The Modern City at the Libeskind House" was presented at Daniel Libeskind's home in CityLife in April 2018, while "Return to Collage" opened at the Bosco Verticale penthouse in May 2019. The major exhibition "Silent Revolutions. Italian Drawings of the 20th Century" at the Menil Drawing Institute in Houston marked the first presentation of a private collection of modern Italian drawing in an American museum.

The Ramo Collection is published in "Italian Drawing in the 20th Century," edited by Irina Zucca Alessandrelli. (Silvana ed. Milan, 2018)